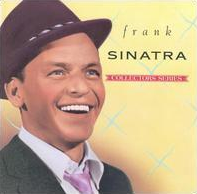 Capitol Collectors Series features a random assortment of Sinatra's hit singles throughout his Capitol career which makes the album very strangely assorted. However, the album itself sports a large variety of Sinatra's work in doing so, and can be classed just as well as more modern Capitol collections such as Classic Sinatra and its sequel.