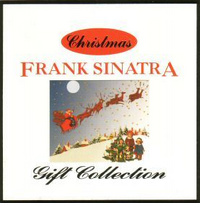 The Christmas Gift Collection is a holiday-themed collection of Frank Sinatra's Capitol recordings released on February 17, 1997. The album focuses on songs from Sinatra's 1957 A Jolly Christmas from Frank Sinatra, but features some songs absent from the initial album.

The album was released under the Deja Vu record label, a subsidiary of Capitol Records.

Retrieved from "https://sinatra.fandom.com/wiki/Christmas_Gift_Collection?oldid=13504"
Community content is available under CC-BY-SA unless otherwise noted.