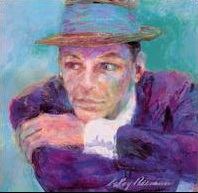 Classic Duets is a compilation of songs Frank Sinatra recorded under Capitol Records. The album was released in 2002.

As the name suggests, this album features songs that were only duets. This album's theme features not only studio recordings of duets Sinatra made, but also, the album is riddled with live performances made by Sinatra alongside his duet partners.

The album was released with an intentional similar art style to Sinatra's initial duets album, his 1993 Capitol album, Duets. The album's cover may resemble Duets and Duets II, but the recordings of this album were made entirely different.

The album features a total of twenty-one songs, all of which duets, but not all of which with the a different duet partner. Sinatra performs three different duets, "Can't We Be Friends?," a melody of "Moonlight in Vermont" and "I May Be Wrong," and, closing the album, "Put Your Dreams Away (For Another Day)," with "The First Lady of Song" herself, Ella Fitzgerald. "Side by Side" on this album was song alongside Sinatra's daughter Nancy as well as the Tri-Tones, and Nancy reappears near the end of the album to perform "You Make Me Feel So Young" with her father.

Sinatra goes back to Rat-Pack routes with a few of these performances as well. Dean Martin appears on the album alongside Bing Crosby to sing with Sinatra on "Together." Martin returns to the album, performing nine songs in a five-minute melody – "Sunday, Monday or Always," "On a Slow Boat to China," "Saturday Night (Is the Loneliest Night of the Week)," "Memories Are made of This," "The Girl that I Marry," "Innamorata," "I've Got a Crush on You," "Oh, Marie," and "Don't Cry, Joe (Let Her Go, Let Her Go, Let Her Go)" – alongside Sinatra. Sammy Davis, Jr. takes the next track of the album, featuring Sinatra and Davis, Jr.'s interpretation of "Me and My Shadow."

Another interesting duet on this album is Sinatra's first release of his duet with "The King of Rock 'n' Roll," Elvis Presley. The King's representation of Sinatra's "Witchcraft" falls short while compared to Sinatra's swinging through the King's "Love Me Tender." Sinatra later recorded "Love Me Tender" on his own for his 1980 album, Trilogy: Past Present Future.

Sinatra performs a duet with Lena Horne of several songs written by Harold Arlen in the last leg of this album. Horne is one of the few artists that was selected to perform in Sinatra's 1990s Duets projects, performing "Embraceable You" alongside Sinatra.