Frank Sinatra Wiki
Register
Don't have an account?
Sign In
Advertisement
in: Albums, Close to You, Albums released in 1959,
and 3 more

Close to You (album)

Edit
Close to You 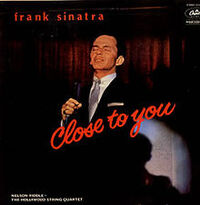 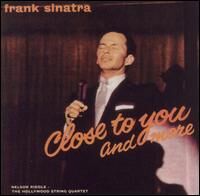 Chronology
Previous
Tone Poems of Color
Next
A Swingin' Affair!

Close to You, named Close to You and More in its CD re-release, is the thirteenth studio album of Frank Sinatra. Arranged by Nelson Riddle, the album was recorded and released under Capitol Records.

Allmusic scored the album at four out of five stars. Stephen Thomas Erlewine of Allmusic claimed that the album was "one of the most unusual and special of Sinatra's albums, featuring a subdued and detailed performances that accentuate both the romantic longing and understated humor of the numbers."[1]