Everything Happens to Me 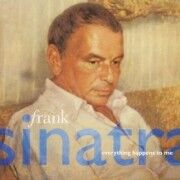 Everything Happens to Me is a 1996 compilation album of Frank Sinatra songs.

The album contains several songs that Sinatra himself enjoyed such as the tear-jerking "saloon songs" such as "The Gal That Got Away" and "Drinking Again" as well as nostalgic masterpieces such as "Summer Wind" and "Yesterday."

Retrieved from "https://sinatra.fandom.com/wiki/Everything_Happens_to_Me_(album)?oldid=13525"
Community content is available under CC-BY-SA unless otherwise noted.