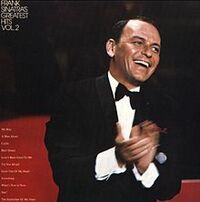 It is a sequel to the 1968 compilation album, Frank Sinatra's Greatest Hits. Greatest Hits, Vol. 2 was released during Sinatra's brief phase of retirement. Both this, and its predecessor, have been outclassed by newer compilation sets.