Sinatra: Best of the Best

Edit
Sinatra: Best of the Best 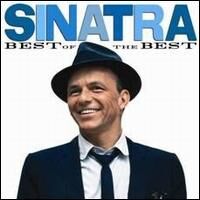 The first disc of Best of the Best sports songs from Sinatra's studio career, featuring many songs from both Capitol and Reprise, however, due to the album being a Capitol production, the album's songs mostly focus on Sinatra's Capitol career. In doing so, less than half of the album – tracks 14 through 23 – were recorded during Sinatra's Reprise career.

The second disc of the album features songs from a live performance Sinatra made during 1957. This second disc can also be found on its own, released several years beforehand, as Sinatra ’57 in Concert. This original live album was initially pirated and was forced to have an official premature release under Capitol.