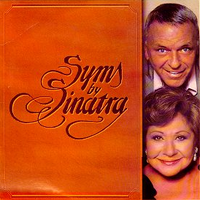 Syms by Sinatra is a studio album of Sylvia Syms. Frank Sinatra offered his assistance in the conducting of this album, most-likely due to admiration toward Syms, calling her once the "world's greatest saloon singer." The album was arranged by Sinatra's late-Reprise arranger Don Costa.