Frank Sinatra Wiki
Register
Don't have an account?
Sign In
Advertisement
in: Albums, Where Are You?, Albums released in 1957,
and 3 more

Where Are You? (album)

Edit
watch 01:36
We're Getting Mutants in the MCU - The Loop
Do you like this video?
Play Sound
Where Are You? 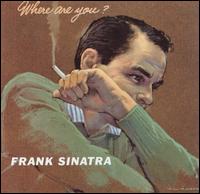 Where Are You? (Later referred to as The Night We Called It a Day), released in 1957, is the sixteenth studio album by Frank Sinatra.

The first time Sinatra recorded in stereo, Sinatra recorded these tracks under Gordon Jenkins. Where Are You? was the pair's first album together, and began their long partnership until Sinatra's final Reprise album, 1981's She Shot Me Down.

Rolling Stone also rated the album a perfect score of five out of five stars.[2]